Last week, director Tim Miller stepped away from Deadpool 2 and, no matter how amicable the parting may have been, there’s no denying that an amazing duo has been broken up. This parting of the ways has me looking into comics history to take a look at fictitious partings that, while they may not have messed up a movie, left a deep, indelible mark. Dive in an leave your own top 10 (or corrections to mine) in the comments. 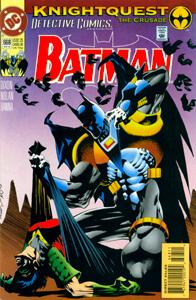 ss. When Tim Drake, the third Robin, accepted replacement Batman Jean-Paul Valley as legit at the end of Knightfall, it seemed like the new Batman was here to stay.
However, as Jean-Paul’s methods became more brutal and his mental state began to deteriorate, Tim’s slow realisation and split-from the ultra-90’s Batman signalled the return of the one-and-only Bruce Wayne. The meeting between Tim and Nightwing – the first Robin – is what precipitates this move and is one of my favourite beats in the story.

When Fabian Nicieza brought together the merc with the mouth and Marvel’s mutant militia man, no one could have predicted the runaway success of this duo. Cable embarked on a series of hail-Mary save-the-mutant-race schemes while Deadpool was stuck along for the ride…as the two had been accidently bound together through (basically) a transporter accident. With no way to get rid of eachother, the pair became a gun-totting odd couple with Deadpool, often and ironically, acting as Cable’s conscience. When the Mark Millar-scribed mega-event, Civil War came along, the pair found themselves on opposite sides with Deadpool taking money to hunt unregistered super-heroes and Cable working with Captain America to shelter them. The dispute ends in a hostage taking (in a church, no less) and drives a wedge between the two that they never have a chance to reconcile; shortly thereafter, Cable is swept up in a years-long X-Men crossover story while Deadpool is left to his own devices. With a new movie on the way (and the ever-present issue of Rob Liefield’s royalties…), it seems inevitable that these two will, once again, share a comic …even if they never quite see eye-to-eye again.

This was a heel-turn for the

ages…and if recent events hadn’t undone bits of it, I’d probably have ranked it higher. Alex was the glue that bound this misfit team of teenagers together. He revealed their parents as super-villains, helped them to discover their powers, and kept the team together when raging hormones and extreme stress were pulling them apart. Alex would have been an exemplary leader…if he hadn’t been manipulating the team the entire time in a bid to win a cosmic boon for his family. Alex’s betrayal changes the remaining Runaways forever and alters the direction of the comic irrevokably. Although these characters are now on multiple teams throughout the Marvel U, I’m sure the in-development TV series at Hulu will bring them back together soon enough…and back into conflict with their one-time best bud.

Spidey and the Black Cat have always had a complicated relationship. They’ve been advesaries, a couple, crime-fighting partners,  and…lots of weird, nebulous things in between…but, ultimately, Peter Parker and Felicia Hardy usually end up as friends…sometimes with benefits. All that changed when Otto Octavius took over Peter’s mind and life…and put the Cat behind bars without so much as a backwards glance. Although Peter is back in the driver’s seat, one of the consequences of  Otto’s era is a seemingly unbridgeable gulf between this duo…who were once so close it almost ruined Peter’s marriage.

The 90’s were a hard time for Green Lantern. He saw his city destroyed, felt betrayed by his bosses, and kind-of abandoned by
the people he trusted. So, naturally,  he 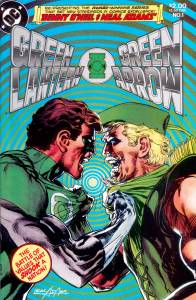 turns into the super-villain Parallax and destroys reality. What’s a best friend to do? Green Arrow and the OG GL, Hal Jordan, had been odd-couple best-friends since the acclaimed Dennis O’Neil run in the 70’s and, unable to reconcile, DC’s emerald archer did what had to be done…and put an emerald arrow into Hal’s chest. The two would more-or-less reconcile a decade later in Geoff John’s star-making Green Lantern: Rebirth series…but the duo have never really been as close as they were before.

Although original characters in Alan Moore’s career-defining (sorry, Alan) graphic novel, the history and tragedy between these two characters left a deep impression on readers and creators for years to come. Presented as a Batman-and-Robin-ish duo, Rorschach and Night-Owl come apart when the latter loses his purpose in crime-fighting and the former becomes increasingly disillusioned and violent. The investigation into the Comedian’s murder brings them back together, otherwise I’d have put this one higher, but the palpable tension between these two is still a legendary plot-driver in a legendary story.

blinking. As Marvel’s teenage band of freaks and outcasts grew up, they started to question the methods of the man who brought them together in the first place…a questioning that comes to a head in Joss Whedon and John Cassaday’s Astoinshing X-Men. Although the prof was unavailable for the majority of the run (thanks, Bendis) then depowered (thanks, Bendis), then – much later- killed (THANKS, BENDIS), Charles Xavier cast a long shadow over a series that was largely concerned with Cyclops stepping into his new role as leader of the Xavier School…not just the X-Men.

When a mysterious new villain with an axe to grind against the Professor beats the team to a pulp, Cyclops leads them into an inferno to save their founder…only to learn that said villain, Danger, was fairly justified in her actions; the Professor had knowingly imprisoned her for years in order to run the Danger Room – the X-Men’s training simulator. Although a great deal of rehab has been done on this plot point, there is an indelible, underlying stain left on Xavier…one that his students never quite forgave. Although he had been making strides to recovery and true heroism in Mike Carey’s X-Men Legacy series, he was killed during the AvX crossover before truly mending fences with his pupils.

Two X-Men entries in the top 5? What kind of fanboy, Marvel zombie nonsense is this? Shut up. These stories were not only amazing but 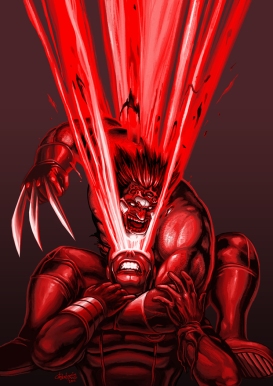 have the distinction of being unsolvable. One, both, or all of the characters involved are out of circulation for the foreseeable future and, even if they weren’t, only the laziest, sloppiest editing would allow their relationships to recover fully.

The br0mance between uptight Cyclops and uncontrollable Logan was a long-simmering undercurrent in Chris Claremont’s seminal run on Uncanny X-Men…so much so that it’s formed the basis for every major adaptation of the franchise to date. With the final passing (so far…) of Jean Grey, and the journey of the previously mentioned Astonishing X-Men, the two became close partners in protecting mutants, saving the world, and dropping the biggest and baddest of the Marvel U. However, a new tension began to rise between them as Logan became increasingly uncomfortable with the lengths Scott was prepared to go…and when the Wolverine is thinking you’ve gone too far, you’ve done messed up. The Schism story-line tears them apart over the use of mutant children as soldiers to protect the X-Men’s mutant sanctuary…and over subsequent years, they never quite made amends. In the wake of Death of X, it looks like both characters have passed on…even if new versions of them are still running around.

I won’t belabour this point much – we’ve all seen the movie by now – but I’ve put this one so high up, despite the conflict being resolved, largely on the strength of this issue. Christos Gage took what was basically a clip-show of a comic and built what is, to me, the most emotionally resonant moment in the whole story. In the wake of Goliath’s murder at the hands of Tony’s Thor-bot (I’m waaaaaaaaaaaaay underselling it, here…), he and Cap have one last meeting at the abandoned Avengers’ Mansion to negotiate a truce. The two reminisce about happier days and allies long past in scenes recreated and contextualised for the crossover. Moments like this, as the two discuss their first big dust-up in an ancient issue of Avengers, are what sold the gravity and consequence of the story: 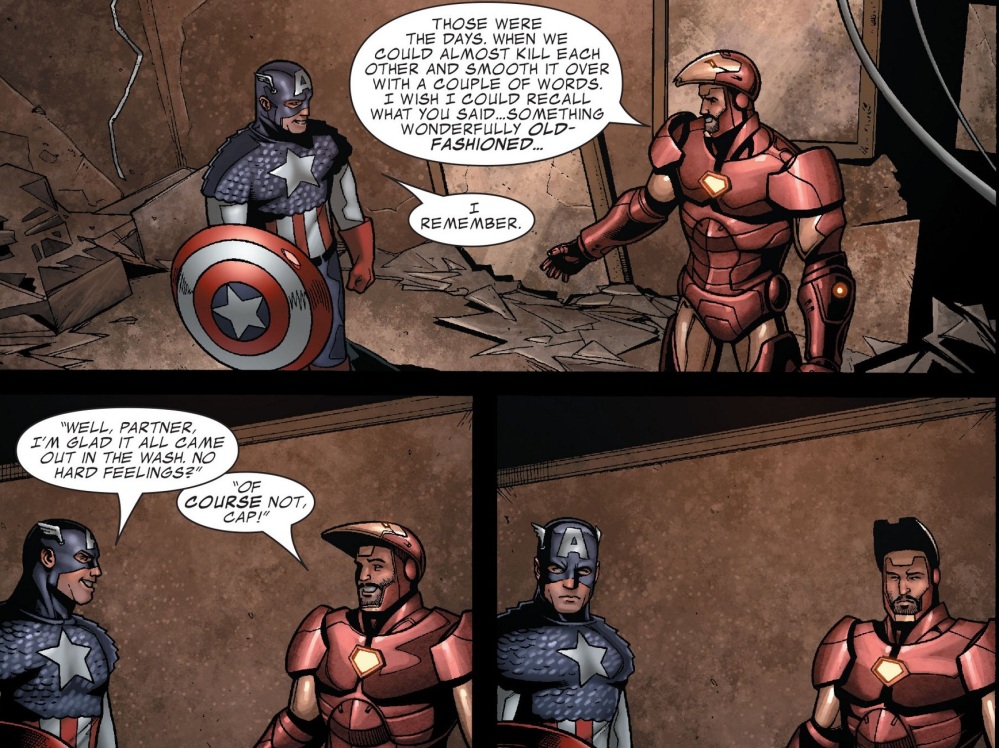 The two argue and have a no-weapons hand-to-hand brawl in an emotionally charged sequence that blends past and present with devastating effectiveness. This issue, more than any other moment in the entire cross-over, reminded us what, exactly, was being lost in Steve and Tony’s falling out. Honestly, if the main series had had character moments like this, it would have been so much stronger…it might’ve made it to…..

Predictable, I know, but Frank Miller’s work on this conflict is unsurpassed. Don’t let Zack Snyder’s distorted version fool you; Miller reminds us that the conflict between the pinnacle of human achievement and the paragon of otherworldly might is not only poignant, it is inevitable. 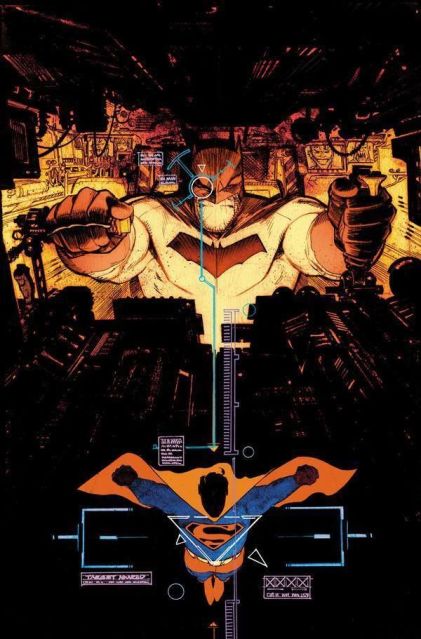 Although subsequent writers (JM Staczynski, Greg Pak, etc.) have tried to soften this position, Superman is, ultimately, a believer in the state – that authority leads to peace and safety. The Batman in DKR is the antithesis of that position and demonstrates to Gotham’s citizens that they must take their safety and future into their own hands. This epic battle cast a long, bat-shaped shadow over both characters and has changed them from Super-Friends to a ticking time-bomb of personal tragedy. Even as the two work hand-in-glove in the Justice League and the DCU at large, once you read DKR, you can’t help but look for those cracks, those signs that the Man of Tomorrow and Caped Crusader are about to break.

Well, there she be. Leave a comment and/or let me know what other Top 10’s you’d like to see. I’m going to try to bang out one of these each week. – Szpirs