With the news of Kevin Smith getting ready to go back to the View Askew well with a brand new Jay and Silent Bob movie, I thought it would be fun to take a look at his New Jersey “Trillogy”,  and rank them in order of awesomeness. PS – Some clips and other words might be NSFW today so beware!

This is my least favourite of the bunch.  The rest were pretty difficult in trying to boil down the order into which they were ultimately ranked.  However, I knew right away, Clerks 2 was going to be at the bottom.  It’s a little forgettable at times, and feels out of place with the other movies that have come before.  I get that the “more things change, the more they stay the same” motif rings true.  Ultimately though, the idea that fear and uncertainty of a bright and colourful world, loses out to the comfortable black and white realm of stability, left much to be desired.  It is the Donkey Show for sure! 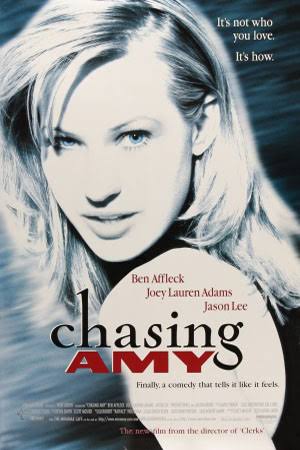 The Return of the Jedi of the “Trillogy”.  By Dante’s own admission, should be considered an act of blasphemy if one says it is their favourite.  This may seem like the case seeing it’s second to last.  This was a hard choice for me to rank this one so low down the ladder because it is a solid movie.  Just not my fave.  I’m an Empire fan…There are times where it feels like this movie is just a bunch of comic “moments” that overshadow some really great character chemistry on screen.  It is hard to deny that the story was far and away ahead of its time, but in the end, the message is sometimes lost.  Amy’s monologue to Holden while they’re in bed is a wonderful piece of acting and diving deep into why she chose him, I feel gets overshadowed by Banky’s “crossroads” test.  Good moments, stolen by supporting humour. Thank goodness Kevin Smith chose to go the independent route, because I don’t think any studio in the 90s would have touched it with a 10 foot pole.  Does it still hold up in this day and age, where challenging the status quo of gender, sex, and identity is par for the course?  You bet.  It would be interesting to see how many people cite this as a movie that inspired them to stay true to what they believe. Tough call to put this so low.  The simple idea that love is without bounds is something worth chasing.  However, we all like Empire Strikes Back a little more than Jedi.  Am I right? 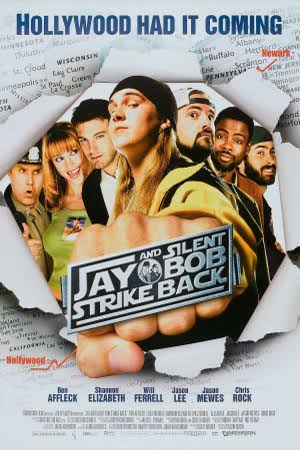 I am a sucker for road trip flicks! (Can I get a SCOTTY DOESN’T KNOW!…anyone?)  I am a sucker for a comedic pairing off of two characters with awesome chemistry!  I am a sucker for movies and TV shows that share and crossover with each other in the same world!  JASBSB is pure candy for me.  It’s loaded with crass, quotable moments that are a trademark of Kev’s Jersey films.  Sure it’s simple and not very deep or meaningful like Amy, or Clerks.  It’s just pure fun.  I loved that it tied together so many of the movies and brought back several actors into one awesome, cross country joyride of doobie snacks, celeb cameos and d*** and fart jokes.  Also, Suzanne! SNOOGINS!

The Star Wars of Kevin’s Jersey films!  Solid!  I only wish I could say I made a film in my 20’s for less than the cost of a reasonably priced car. This film, I feel, has the most heart and soul of the pack. Dante and Randal’s relationship is one that I think everyone can easily identify with.  There’s that person in your life that just gets you and helps you to see the better parts of you, even when they are being a total jerk about it.  It’s a mutual sense of love and respect, born out of out of a shared trauma called customer service.  So phone it in, don’t go to work and watch it 37 times…In a row.  Ps…it has the most honest Star Wars discussion many geeks often wondered about this side of the Kessel Run.  Also, BERZERKER! And CHEWBACCA! 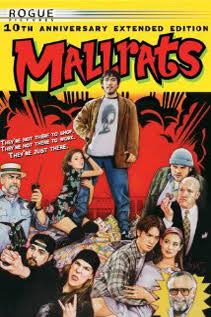 If JASBSB is candy, Mallrats is pure, unfiltered, in the back of a Volkswaggen, blow! Quotable beyond belief and just plain old awesome.  This comic book-meets-sit-com of sorts, makes me chuckle just thinking about it.  The relationship ups and downs of this comedy are so over the top but down to earth at the same time.  You need to only look to Brody’s monologue about spooning. It sums up what this movie is about SO well in SO many ways; it’s genuine and awkward all at once.  From the opening monologue about cousin Walter’s questionable problem solving, to the “What the heck are they doing with an orangutan?” moment in the Fast Times at Ridgemont High closing homage, Mallrats does not let up. So…Stop looking for the schooner and watch this movie!  Even though this might be Kev’s Empire of sorts, it is not my all time fave… 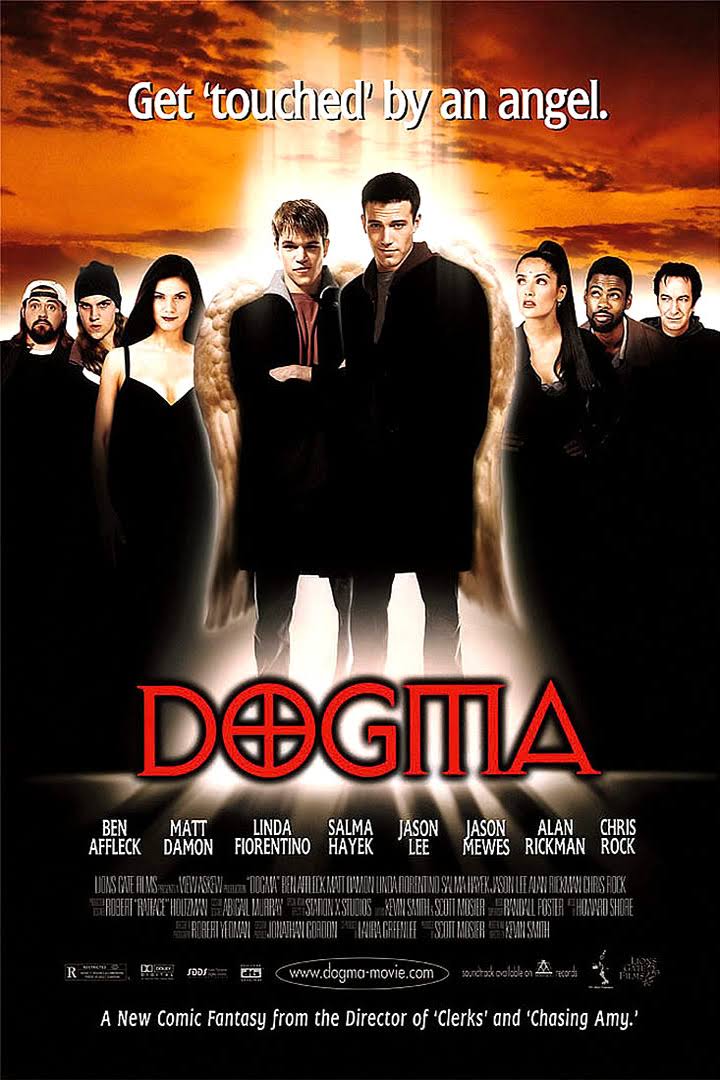 This is the perfect blend of humour and having something very important to say.  To me, especially now, Dogma is a means to illicit conversation and critical thought about the things we decide to put our faith in…and it does so with intelligence and with wit.  Kevin’s jab at organized religion is a topic many had a hard time swallowing when it was released.  For me, it was refreshing to hear people, even though they were fictional characters, voice things I had felt so deeply about, but maybe was too afraid to speak of.  That yes, organized religion is flawed, but faith, whatever it is that you believe in, whether that Jesus was Black, or a woman, or that God loves Ski-Ball and sometimes looks like Alanis Morrisette is a okay so long as the idea is fluid and open for debate.  In this era of rising racism, hate and indiference, we need to keep the dialogue going, and to hold the gatekeepers accountable, and keep their alternate facts in check.  Keep having ideas, believe that there is good in the world, and that people can do good things for the sake of doing good is still faith.  I learned to trustdeeply in the power of humanity from this movie, and to keep my ideas and eyes and heart open, doing the best not to judge others.  This movie is a movie of flawed people, people that have been let down and felt like they have been abandoned at some point in their life, only to rise up and do the right thing when the time arises.  As a final note, I leave you with this, the best line Silent Bob has ever uttered.  Tell’em Steve Dave.